Post-traumatic stress disorder (PTSD) is often linked to combat occupations and first responders. So you wouldn’t think of your everyday coworkers as prime candidates for PTSD-related symptoms. In most instances, we have always lived an ocean away from an armed conflict. As day-to-day employees, we may never witness a crime scene or a deadly car crash.

So what could or does happen?

Although research has mainly focused on combat, sexual assault, and other types of assaultive violence as causes of PTSD, the sudden and unexpected death of someone you care about is often a leading cause of PTSD, accounting for nearly one-third of all PTSD cases.1 So yes, there is more to each of us than meets the eye. Trauma can manifest and surface in very different ways. Maybe a co-worker or colleague has lost their mother, best friend, partner, or spouse. Or perhaps it’s something else they’ve lost, such as a job or occupation-related event. The mind can become a conflict zone. How can one escape? In this article, we’ll look at:

To help shed some light on those issues, we’ve asked the expert advice of Dr. Sandra Primiano, a psychologist who serves as Homewood Health’s Vice-President of EFAP and Counselling Services.

In terms of high-risk occupations, we immediately think of the military and first responders such as police, firefighters, and paramedics. But many public-facing positions are vulnerable to potential trauma as well. Assaults are not uncommon for occupations such as retail or bank clerks and taxi drivers. PTSD occurs in response to the direct experience of extremely traumatic or stressful events or witnessing people involved in them. The concept of trauma has expanded drastically since being first introduced in the DSM-III in 1980. To meet the criteria, people no longer need to be survivors of life-threatening events or be present on the scene. The clerk who hears about a colleague being held at gunpoint on the night shift can qualify as a trauma survivor just as much as the victim whose life was at risk.2 Many more people qualify for the PTSD diagnosis than in the past.3

Take the example of a study in a Detroit community. Sixty percent of the participants experienced the sudden death of someone they cared about. More than 14% of the participants developed PTSD. The conditional risk of PTSD following exposure to trauma, independently from the source, was 9.2%. In comparison, the highest risk of PTSD prevalence resulted from a person being physically assaulted (20.9%).4

PTSD is to mental illness what concussion is to physical health

The vast majority of people subjected to trauma will not develop PTSD. Depending on sources, it can be said that between three and five percent of the population is affected by PTSD, and approximately nine percent of people will be diagnosed with PTSD in their lifetime. Women are significantly more at risk of developing the disorder than men, by a two-to-one ratio.5

“What makes people more vulnerable than others? We know that one factor has a childhood with a history of adverse experiences, like abuse (psychological, physical or neglect)”, says Dr. Primiano, whose area of expertise is trauma and stress-related disorders and anxiety disorders.

When you exercise, you feel pain at first, but your body gets stronger. With PTSD, it’s the reverse. The more trauma you experience, the more vulnerable you become. The more you’ve experienced, the more susceptible you are to experience even more, as you’ve been primed to experience the world in certain ways, and then it accumulates. When you experience early trauma, you become more vulnerable to developing trauma, stress and anxiety related disorders as you are pre-conditioned to similar triggers or traumatic events.

PTSD is a mental illness that needs the fulfillment of certain criteria for a minimum duration of one month before being diagnosed. It is not associated only with feelings of sadness, anxiety or shock after the traumatic events.

The disorder can develop immediately after experiencing or witnessing the event or surge months, and in some cases even years, after the event.

When PTSD develops, it can become very difficult for employees to engage in work. “Getting to or being at the workplace for the employee could be a trigger,” says Dr. Primiano. “It becomes too disturbing, stressing. Employees may call in sick often or not show up, and no one knows why.” In situations where an employee manages to make it into work, she says, coworkers may witness occupational effects, such as:

When the red flag behaviours listed above manage to somehow stay under the radar, a decrease in performance that is usually noticed.

What kind of help?

Talking about how you’re feeling simply might not be enough. Depending upon the severity of the disorder, Dr. Primiano advises to seek evidence-based psychotherapy for PTSD, essentially meaning any therapy that uses cognitive, emotional or behavioural techniques to facilitate processing a traumatic experience and in which the trauma focus is a central component of the therapy.7

The reality is, that some employees get better on their own with the passage of time, while other employees will not. It can be very difficult to return to your previous level of functioning, more so than with depressive episodes or having panic disorder, because PTSD really does change the perception of one’s self, of the world, and of others including your coworkers.

Dr. Primiano, adds that the prognosis is more complex for employees who have experienced many traumatic events and/or have suffered from PTSD for a long time. “It changes things about who you are, the way you think and interpret things. It’s really hard to change that.”

But trauma-focused (TF) psychotherapies do work. TF therapies are almost three times as effective as medication in treating the severity of PTSD.8 For every 100 individuals with PTSD, only nine percent will no longer have the disorder after three months without treatment. But this figure rises to anywhere from 42% to 53% with TF treatment, depending on the approach.9

Dr. Primiano concludes by saying that, with proper care, one can really hope to return to a good level of functioning. Sometimes talking to a professional can help you regain a healthy perspective regarding your ability to cope with the aftermath of the traumatic event you have experienced.

Contact a Cowan consultant to discuss wellness program options for your employees today. 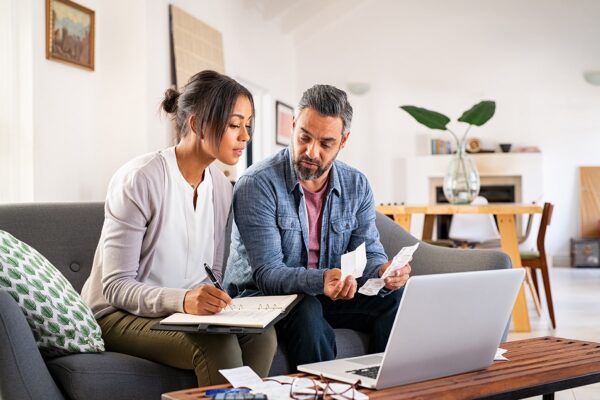 The Importance of Group Benefits in a Volatile Economy

The current economic environment has led to widespread concerns about the stability of businesses and employment. We continue to see […] 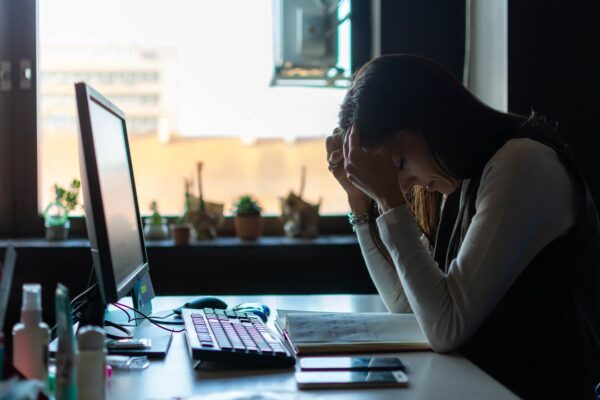 As we progress through the pandemic, an unexpected consequence has been revealed: a Canada-wide “echo” pandemic in mental health. We’ve […]

Each year, we provide a government benefits reference chart that summarizes the limits and rates associated with Canada and Quebec […]